Parenting Classes – Should they be Compulsory?

As any parent knows, bringing up a child is never easy and although a lot comes down to good parenting, some of it is luck too.

If we want our children to grow up into healthy well-rounded adults, how do we do this? Most parents would say that it’s a learning experience from day one, but the way parents were brought up as children is bound to have some effect.

Those who were lucky enough to come from kind loving homes will try and pass on the positive experiences that they had. However, parents who didn’t have such a good upbringing may struggle to get the balance right.

Should we have parenting classes to point us in the right direction, or should we be able to make our own minds up about the way we bring up our children? 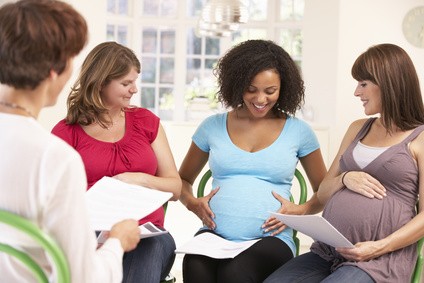 In a study on the ‘State of the Nation’ by the Social Mobility and Child Poverty Commission says that parenting has a bigger influence on a child’s life chances in the early years, than education or class.

Parents do need to know about health and nutrition, effective discipline and setting boundaries, whilst for many parents it isn’t a problem, for some it is and parenting classes would provide the tools and support that is often necessary to raise a child well.

In a recent interview in the Daily Telegraph, Prof John Ashton, president of the UK faculty for public health, thinks parenting classes funded by the government should be available.

In his view parents need help in dealing with children who are now demonstrating the harmful effects of spending too much time playing video games and using the internet, which is producing children with anxiety problems; and having to cope with cyberbullying as a result of social media use.

In America, a foundation was set up ten years ago by Mark Feinberg, research professor of health and human development at Penn State. It is called Family Foundations and according to extracts from a study by The American Psychological Association, 98 children who took part in the foundation’s course were reported to have lower levels of problems when starting school. They concluded that the results indicated that parents who took part in short parenting programmes have the ‘capacity to promote long term positive benefits for children’s adjustment.’

Mark Feinberg says on the Family Foundations website, that he was motivated to start the parenting classes when he became a father himself and realised just how little support was available for new parents.

Meanwhile in the United Kingdom the chairman of the social mobility and child poverty commission told the Telegraph’s reporter that in his opinion parenting classes from the early years and into teens should be the ‘norm.’ parents need to be taught the value of reading to their children at bedtime, the benefits of reading themselves and visits to the library as well as advice on good nutrition, teaching children to play using their imaginations and restricting TV viewing.

Labour MP Frank Field also believes in parenting classes and he said in a Guardian newspaper interview, way back in 2010 that he would like to see GCSE qualification in taking care of children. In fact there is a GCSE qualification in child development, which is focused on students who want to work with children or in the health and social care field.

The Family Foundations course covers topics such as teaching and discipline, planning fun and affection and division of labour. The course starts before a baby is born to prepare new parents for the event and also includes advice and help to reduce parental conflict and working as a team.

In the UK there is support for families from the registered charity Family Lives, it provides help for families in challenging situations and was originally set up to support parents before they reached crisis point which could lead to abuse, out of the tragic case of Maria Coldwell who was killed by her step father in 1979.

Whether people think it is a good idea, or the ‘nanny state’ interfering once again, many parents would welcome some help and support when they face the challenges of parenthood.