Why is Sperm Donation Treated Like the Elephant in the Room?

However much parents moan at this time of year about the expenses of buying their children Christmas presents, one thing is sure; that despite the pain in the pocket they love Christmas morning as much as their off spring.

Not everybody has children and of course not everybody wants them; but for those who do, but can’t have them, Christmas is never quite what it should be.

Couples who want a family and can’t conceive naturally have various choices, including egg donation and surrogacy. These are subjects which are talked about often in the press, on web forums and between friends. 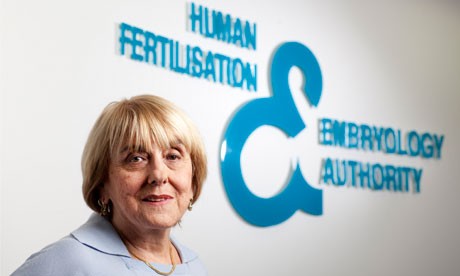 Other options include sperm donation, but strangely enough, this is a subject that men especially, don’t like to talk about despite the fact that they are helping a childless couple have a longed-for baby. And, the sad fact is that sperm donation is on the decline.

The other reason sperm donation has fallen in the past few years is due to the law on anonymity, which was introduced in 2005.

In Britain it is now impossible to donate sperm legally and remain anonymous, which means that at some stage in the future a child created by sperm donation can make contact. For donors who have their own families and have never discussed their donation – either with their partner or their children, the sudden appearance of a half sibling could create huge problems.

As a result of Britain’s sperm shortage, many couples are turning to foreign clinics for help. The world’s largest sperm bank is in Denmark and run by a company called Cryos International. They send sperm donations to couples all over the world.

Back in Britain a new National Sperm Bank has recently opened at the Birmingham Women’s Hospital. It is a national health clinic, run by Laura Witjens and regulated by HFEA. According to a recent interview with the Guardian, Laura Witjens. She wants men to be proud to be sperm donors.

She hopes that the new Sperm Bank will attract more donors and put a stop to the desperate couples who turn to online introduction services, where unregistered sperm donors offer their services for free. This sperm has not been tested or screened and could result in a child with health issues.

Ms. Witjens knows she has an uphill battle, but she is hopeful that it is one that can eventually be won. She would like to see sperm donation spoken about in the same way as organ, or blood donation, without stigma and in the knowledge that these men are providing childless couples with the chance to have a family.