What Rights Should A Sperm Donor Have?

Investigating the complex role of the modern sperm donor.

Sperm donation is becoming more and more common. And in the days of an increasingly connected world people no longer have to approach a fertility clinic to get the sample they need. Single women, same-sex couples, transgender men and women; there are incredibly diverse groups of people reaching out for private donation. And it’s not hard to see why. For couples or individuals who don’t require specialist fertility treatment, it’s quicker, cheaper and often less invasive to find a willing sperm donor online. It also gives them complete control over this highly personal process with the option to inseminate at home. We see thousands of people reaching out to sperm donors for just that reason. But with all these private agreements going on behind closed doors, what does that mean for sperm donors and their rights? We investigate the potential rights or responsibilities of sperm donors everywhere, below. 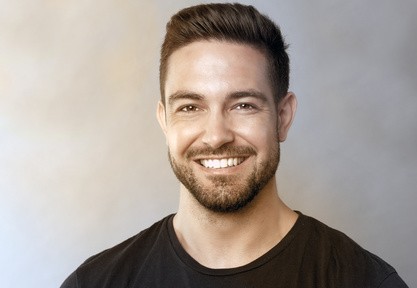 The right to anonymity

For many sperm donors, the right to remain anonymous is a big one. But depending on where you live it may be difficult to keep your identity hidden if you donate to a sperm bank or fertility clinic. For example, in the UK, Australia, and Canada, the child of a sperm donor has the right to identify them after they turn 18, although, in the US and South Africa, donors have maintained the right to anonymity. Private arrangements give sperm donors and the recipients the rights to a more flexible arrangement, maintaining anonymity if both parties seek it. Of course, in co-parenting arrangements and other circumstances, the donor may not request or seek anonymity.

At first glance, the idea that a sperm donor would request or need parental rights seems a little silly. After all, a sperm donor is just providing a service, isn’t he? But recent court cases have shown that the area can be greyer than it first appears. A 2013 hearing in the UK saw a gay couple who had informally provided sperm to some lesbian friends seeking further access to the children. Then there is the case of actor, Jason Patric, who provided a donation to an ex-girlfriend for fertility treatment but after spending time with the child opted to pursue parental rights. With many arrangements going on behind closed doors, especially between friends and acquaintances it’s easier than you think for the waters to become murky. And to avoid this sticky situation, the role of the donor and any involvement in the child’s life should be firmly outlined and agreed from the start.

This is another right that has come under scrutiny in court in recent years with a sperm donor in the US being pursued by the state of Kansas for child support payments, years after he replied to an advertisement on Craigslist and provided a sample to a lesbian couple. Clearly, this is an unusual case, (and the man in question fought it successfully) but it reflects a failure on the part of the establishment to fully understand the modern landscape when it comes to sperm donation. It is no longer a special service reserved for heterosexual couples in fertility clinics but a flexible and personal part of everyday life. And no sperm donor should fear financial repercussions by helping out a couple or woman looking to expand their family.

The issue of sperm donor rights is complex. Legal systems around the world are often outdated on this very modern issue and it seems there is more work to be done in protecting both donors and recipients. But for now, whether you’re a donor or a prospective parent it’s important to think carefully about what you want and expect from the donor/parent relationship – clearly agreeing to terms upfront. This isn’t an issue you want to face years down the line, with a child at the centre of a storm.