What Kind of Contact Donors Can Expect When Children Are Adults?

Sperm donation has been around for many years, but it was only in the 70s that it started to become accepted as a way to benefit women who could not conceive through natural methods.

In America laws were passed in the 1970s that made Donor Insemination legal and also allowed the husband of a woman who received sperm donation the legal father of any child which was created. In the UK these laws did not come into effect until 1990 when the Human Fertilisation and Embryology act was made law.

At this time donors were totally anonymous and no details were available for children created by donors. However, it soon became obvious that some donors would like to receive the details of their ‘biological’ fathers.

In America and other countries such as Denmark, you can choose whether or not you want to be traced. However in the UK anonymous donation became illegal from March 2006 and a UK sperm donor has no choice but to accept that he might be traced 18 years or more down the line. 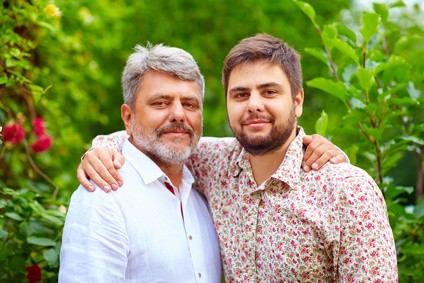 Unfortunately, this has led to a decline in sperm donation in the UK, but not so in Denmark which has one of the biggest sperm banks in the world. Whilst some Danish men choose anonymity, many do not and are happy to give out information such as their occupation, hobbies, education and family background.

Many women are using Danish donors for precisely this reason, because women want to be sure that they have a child with a man they have picked out because of his education and profession and not just looks. In this Daily Mail article about Viking babies, many of the women confirm that they much preferred the openness of the Danes.

What happens though when a child that was conceived using a sperm donor wants to know the details of the man who is responsible for his or her conception?

Details cannot be passed on by a clinic until the child reaches 18 years of age. Once they reach this milestone, they can apply to the clinic to receive any details on file. Any child conceived after the 1st April 2005 in the UK can apply to the Human Fertilisation and Embryology Authority (HFEA).

They will be given details about:

However, it won’t be until 2023 that children conceived on or after the 1st April will reach the age of 18. Records were first kept in 1991 and any donor who donated between this date and 2005 can leave information for a child to receive, this is called re-registering.

In America some states allow donors to leave information if required, but others don’t, so there is still some way to go before children conceived by donors are in the same position as their UK counterparts.

Many donors just want to make contact to learn a little more about their background, some for medical purposes and others because they really want to get to know the man.

The law still remains that a donor is not liable for any financial payments to a conceived child and whether this is one day challenged in the courts remains to be seen. For the moment contact may just mean an emotional upheaval. The men involved might be married with children of their own and they may never have spoken about donating sperm. Some might not want contact and others may yearn for it.

However men feel about the future, the fact is that by donating your sperm you have helped to create a new person and the question all donors should ask themselves is, does that person have the right to know who you are?