What is IVF and How Successful is it?

IVF is a method of trying for pregnancy by fertilizing an egg outside the womb in laboratory conditions. A woman is given hormone treatment to stimulate the production of eggs, which are then collected and taken out of the womb and put into a test tube. The egg is then fertilised to produce embryos. One or two embryos are then transferred from the test tube into the woman’s vagina and into her uterus. At this stage hopefully pregnancy will occur.

What happens to any left- over embryos?

They are frozen to be used again if pregnancy is unsuccessful or to use again in the future to create a sibling. Freezing the eggs is an important stage in the IVF procedure. In the past eggs were slowly unfrozen, which sometimes led to cell damage.

Nowadays most clinics use a fast thawing method called vitrification, which has been remarkably successful. The implantation of frozen eggs, rather than fresh eggs has proved to be more successful. 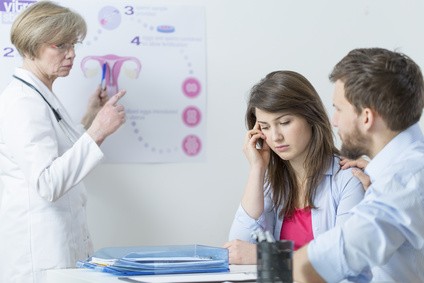 Who should have it?

IVF may be an option if a woman suffers from endometriosis or problems with her uterus, fallopian tubes or ovulation. Or, if a man has problems with his sperm. It can also be used for any unexplained reasons for infertility. It will normally be offered to a couple after other fertility treatments, such as artificial insemination or drugs have not been successful.

What are the success rates for IVF?

Success rates do depend on things like a woman’s age, height and weight. As well as other factors including reproductive history, sperm count and the number of pregnancies or miscarriages there have been.

However, the success rate does drop considerably for women over the age of forty. In your early forties you have a one in five, to one in ten chance of becoming pregnant with IVF. After the age of forty three the success rate drops to one in five and women who are older than 43 may have a great deal of difficulty not only becoming pregnant, but producing healthy eggs.

In the States the Society for Assisted Reproductive Technology (SART) has a long list of clinics with full details of their success rates.

If you decide on IVF and you are not covered by the NHS in the UK, or medical insurance in America remember to ask these questions before you begin your treatment:

In the UK as long as you are between 23 and 39 and you have been infertile for the past three years and have been diagnosed with a fertility problem; then you are entitled up to three cycles of IVF on the National Health. Women between the ages of 40 and 42 two are entitled to one cycle. In the States the treatment depends on insurance coverage.