Ever wondered how it might feel not to be able to carry a baby and give birth to your own flesh and blood? This terrible thought is a daunting, numbing and saddened real-life experience for some women. Thousands of women every year are told that they either have a condition or have inherited something medically which means they cannot fulfil their natural dreams of motherhood naturally. 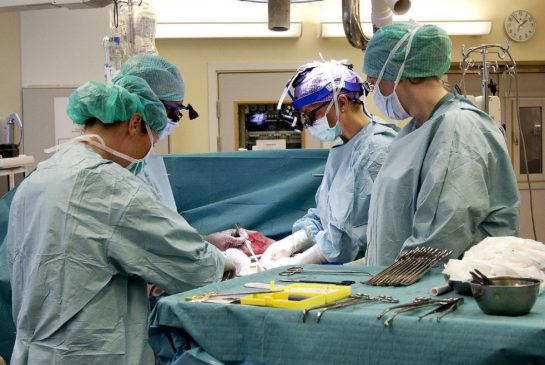 However a new science in Sweden has been studying the possibility of having a womb donor and the womb being transplanted into another woman ready for conception.

The womb would preferably be donated from a donor after their death, it would be transplanted and grow the fetus until the baby is born via cesarean section and then then the transplant is then removed.

Remarkably the worlds first ever womb transplant was carried out in Saudi Arabia in 2000,unfortunately the woman’s body rejected the donated womb only four months after transplantation.

In 2011 Turkish doctors took a leap of faith and performed a successful transplant of a healthy womb into patient Derya Sert, though Derya sadly suffered a miscarriage and lost the baby.

Research has kept on going from strength to strength, there has now been great movements in the medical advances of womb transplants. An unnamed woman in Sweden is one of nine women who have undergone womb transplantation.

This woman who is now expected to give birth if she carries full term, to the world first ever womb transplanted baby, was born without a womb and suffers from a congenital disorder which prevents the womb from developing, but doesn’t impact the ovaries. This disorder is named MRKH syndrome.

The operation was given to enable the women and show many others that they too could start the family and have the life they have always dreamed of.

The method and explanation has caused controversial debate as it can involve taking wombs from living donor, however some medical professionals believe that to take a womb from a dead donor is best as this allows extra tissue and major blood vessels to connect and take the enhanced strains of pregnancy.

The big news is that this life changing procedure may be coming to the UK. There may be a possible opportunity for give five British women wombs from dead donors. The candidates would have to go through ethical clearing and over £500,000 would need to be raised in order for the transplants to go ahead and surgery costs to be covered.

A revolutionary success in the direction of uterine infertility would be welcomed with all arms and toes. Britain should be ready and prepared to take on a new adventure in transplanting dreams into reality.