The 5 Most Common Child Custody Arrangements

The traditional every-other-weekend child custody arrangement is slowly disappearing to be replaced by a new wave of co-parenting approaches.

Child custody arrangements are a necessary part of everyday life. They are a way of keeping children happy and secure in the face of a difficult separation or as part of a modern co-parenting arrangement. But when you’re in the middle of your own child custody headache it can be difficult to see what ‘normal’ is for other families. How are they splitting their time to ensure that a child truly gets the best of all worlds? We looked at some of the most common child custody arrangements in the UK to see how modern families are living today. 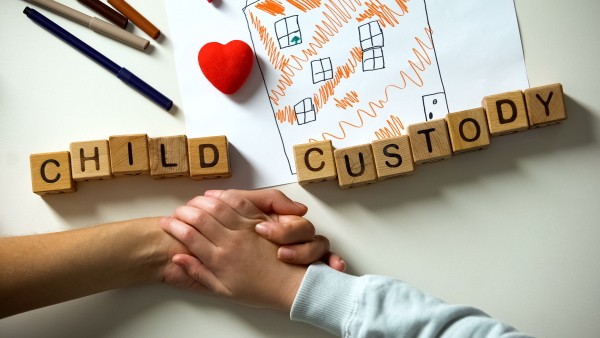 Historically, primary custody and residency would usually fall to the mother with the father having limited access rights at specified times. But sole residency can also fall to the father as it does in around 20% of UK custody disputes. When a sole residency arrangement is in place, the child will have a primary home with one parent where he/she lives. They are also likely have access visits with the other parent as agreed by the courts or on a flexible basis as agreed with the primary parent. This may include overnight stays.

What are the benefits of sole residency?

Some argue that sole residency, especially for younger children, provides them with greater stability and emotional security. It is also sometimes the only option when one parent lives out of the area or has a work schedule that isn’t conducive to shared parenting responsibilities.

What are the disadvantages of sole residency?

Sole residency means that one parent misses out on many of the important moments in a child’s life, perhaps preventing a child from sharing a close bond with the non-resident parent.

Joint residency is still not the norm in the UK but it’s growing in popularity. Joint residency means a child splits his time between both parents, and they share parental responsibility. This means children live at both houses part of the time although this may not be on a 50/50 basis. Joint residency is the custody arrangement preferred by the courts if at all possible as it allows a child to have residential access to both parents.

What are the benefits of joint residency?

Joint residency really does allow a child to have the best of both worlds, allowing them to spend a good amount of time with both parents. There is also a growing shift to 50/50 parenting agreements which mean that a child gets to see both parents equally. It also reflects the way our modern lives work with both parents often working outside the home and fathers taking a more active role in childcare.

What are the disadvantages of joint residency?

Having a child living between two houses can cause practical difficulties such as making sure they have their school uniform or homework in the right house at the right time. But with good co-parenting planning and communication, these issues can normally be overcome.

What are the benefits of bird’s nest parenting?

A ‘nesting’ arrangement means that children don’t have to deal with the upset or stress of moving to a new home or moving between homes often. It puts the emphasis on the parents to truly co-parent and put their child’s needs and convenience ahead of their own.

What are the disadvantages of bird’s nest parenting?

Bird’s nest parent puts a high financial and sometimes emotional burden on parents who may have to both run two homes and maintain a high level of contact with their ex-partner. In some circumstances, bird’s nest parenting simply isn’t a practical solution.

Co-parenting can refer more generally to a separated couple who are raising a child together or to a couple or single person who decide (usually from birth) to raise a child together while not being in a romantic relationship. In this example, we are looking at the second definition. This parenting style is most often seen between same-sex couples and LGBTQ singles but can also be an option for heterosexual couples and singles. A co-parenting agreement can be between two single people, a single person and a couple or two couples.

What are the benefits of co-parenting?

Parents who co-parent from birth don’t have to deal with the shadow of a failed relationship and this often makes things easier for everyone involved. They often have clear custody and residency lines in place from the start and the child will never know any other type of parenting style.

What are the disadvantages of co-parenting?

This style of parenting is very different from ‘traditional’ parenting arrangements and can leave parents and children open to stigma or curiosity. Where 3 or even 4 parents are involved it can be difficult for each to get enough quality time with their child.

A flexible arrangement is just what it sounds like. It’s separated parents who co-parent with a completely or (almost completely) flexible schedule, shifting residency and custody depending on work schedules, school schedules and anything else. It can mean that the amount of time a child spends with a single parent shifts from week to week.

What are the benefits of a flexible arrangement?

For parents who work in jobs with changing shift patterns or who travel often for work a more flexible style of custody arrangement can be a way to meet everyone’s needs. The less rigid arrangement also allows parents to adapt schedules around a child and any outside of school commitments. This may work particularly well for older children who are involved in lots of activities.

What are the downsides of flexible arrangements?

For younger children, a completely flexible arrangement may leave them feeling unsettled or confused. In these cases, it helps to have a fixed agreement for term time with more flexibility over holidays and weekends.

What is the best type of custody arrangement for our family?

The best type of custody arrangement is the one that works best for your family. And to achieve the most practical and supportive custody arrangement then co-parents have to be prepared to put their feelings about each other aside and focus on what is best for their child. This isn’t always easy after a breakup, but child centred custody arrangements work out better for everyone involved, whichever parenting style you choose.

What if we can’t agree on a custody arrangement?

Unfortunately, sometimes communications break down between parents and they need professional support in coming to an arrangement. Family mediation is a good way to get useful input from an independent party without the stress, expense and adversarial atmosphere of the courtroom. However, if you fail to come to an agreement, you may need to seek independent legal advice from an expert family lawyer.

2 thoughts on “The 5 Most Common Child Custody Arrangements”