Sperm Donation – Think about these things before you go ahead

It’s a subject that’s not spoken about very often, but for couples who want a child and are unable to have one, sperm donation is one of the methods used by childless couples in their attempt to have a family.

The largest sperm donor bank in the world is in Denmark. Cryos International have the largest selection of donors and they send out donations to clinics and also to individuals who want home insemination. 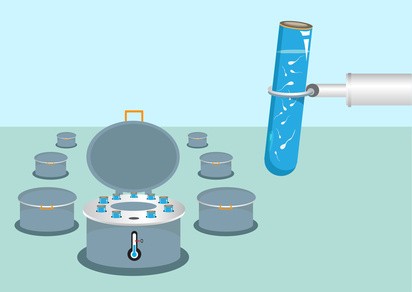 Here in Britain, the recently opened National Sperm Bank at the Birmingham Women’s hospital is hoping to boost the number of donors from the UK, especially from ethnic minorities, who don’t donate enough, often because some religious groups see sperm donation as being an adulterous act. At the moment sperm donation in the UK is at an all- time low.

However, whilst giving sperm is doubtless a selfless act and helps desperate couples to realise their dream of having a child or children, it is not something that should be done on a whim.

There are a couple of very important things to think about before donating sperm, the first is to make sure you use a licensed clinic.

By attending a clinic regulated by HFEA you are donating in a responsible manner, but most importantly you are not leaving yourself open to any claims that might be made by the future mother, that as the ‘father’ you are financially responsible for the child your sperm helped to bring into the world. All sperm donors using HFEA clinics are not legally ‘fathers’ and cannot be held financially responsibility for a child.

The second important factor to consider is the way the law has changed since 2005. In the past sperm donations were often made by students and anyone else who wanted to make some money, safe in the knowledge that their donation was anonymous.

However, since 2005 the law states that a child conceived through donor insemination has the right to receive the information in the records held by the HFEA. Once the child becomes an adult at 18, they will also be able to contact the donor.

The HFEA records, stretch back to August 1991 and may include the date of birth and the birth place of a donor. This will make it much easier for a person to trace their biological ‘father’, especially with the resources that our now available online. The records might also show whether or not the donor is already a father and has therefore created a half sibling for his own children.

So, if you want to donate sperm and help a couple who want children, make sure that you are open about it and that your wife and family know what you have done, which will prepare the whole family if you do get a knock at the door in the future and make the situation easier to deal with.