You might have come across our survey which was online last summer. Our goal: knowing more about sperm donors and recipients (their ages, motivations, profiles, etc.) in order to be able to draw an accurate portrait of sperm donation.

The survey received 134 complete responses. The poll threw up some interesting results, including one finding that 100% of women who had previously received donated sperm would gladly do the same again for future pregnancies. 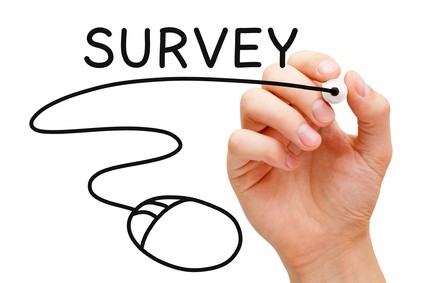 Of those who responded, one in four females used a sperm bank to find a donor, whilst 25% went through an online connection service.

More than two thirds (70.14%) of women who had not received sperm previously felt that there was no stigma attached to donating or receiving sperm. Fewer than one in five (just under 18%) felt that there was, so overall sperm donation is overwhelmingly viewed as a positive process for those who require it.

Interestingly, over a third (37.31%) of females questioned who have never received sperm said that they would prefer to meet any future sperm donors, whilst just over half (50.75%) would actively preferred not to.

Key Findings – Males
As for the male respondents, key findings showed that:

• Out of the 22 to 42-year-olds who had donated sperm, the overwhelming majority (six out of seven) had previously donated on more than one occasion.

• Nearly three quarters (71.43%) would gladly repeat the experience in order to help others.

• Of this sample, over half did not answer the question about whether there is a stigma attached to sperm donation, whilst just under half said there was no stigma attached. Again, this shows that male donors feel comfortable in helping those who want to start a family.

• The vast majority of men (more than 85%) said they wouldn’t expect to meet the person who received their sperm prior to donation.

• Half of those who had never previously donated said they would do so if donations were needed in their local area.

Of the women, just over 5% across the whole age groups stated that they had previously received sperm. Reasons for this ranged from male fertility issues, to women who did not have a partner wanting to conceive. In contrast, just over 93% of female respondents aged 22-42+ had never received a sperm donation.

As for men, 12.28% aged 22-42+ had previously donated, both to earn money and to predominantly help others start a family. Nearly 85% of those aged 22 to 42+ had never provided sperm, stating that they never felt a need to do so, or because they did not agree with the process due to moral or religious reasons.

For females who have previously received sperm, when it came to looking for a suitable donor, health (50%) was more important than wealth (25%) or intelligence (25%) in terms of donor characteristics.

Half of this group felt that a sperm donor shouldn’t be involved in the pregnancy stage at all, but half declined to answer the question. However, half also stated that they would like the donor to be involved in the child’s upbringing, whilst three quarters of this sample wanted to know their donor as a person.

Only 4.47% of those who had never received sperm said they would prefer to adopt.

• 41.79% believed the donor should not be involved in the child’s upbringing
• 76.11% don’t think that donors should be asked to contribute towards financial support
• Half would prefer to meet the donor if they ever needed sperm in the future

Overwhelmingly, the majority of men did not expect to be involved in the resulting pregnancy, or the child’s upbringing, or to have to offer financial support. However, if requested by the recipient to be involved from birth, just over 42% of those who had donated said they would oblige.