Women Having Healthy and Happy Children After 40

According to an article in Mother and Baby Magazine, using statistics supplied by the Office of National Statistics, more women over the age of 40 are having children for the first time. Whilst previously women were warned against having children over this age, due to the risks of lower fertility, birth defects, problems with the pregnancy and complications at the birth.

A daily Mail article last year pointed out the findings of a research project carried out by researchers at Birkbeck, University of London and the University College, which show that babies born to women over the age of 40 may well be healthier than babies born to younger mothers. 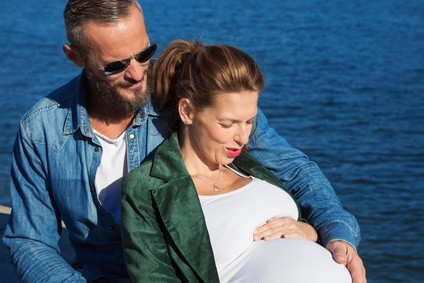 Mature women, who wait to have children tend to be those that have received a good education and have good jobs. They are therefore more aware of the changes in the body during pregnancy and can look out for warning signals.

They may also be more willing to take care of themselves by eating a healthier diet, taking the correct minerals and vitamins and heeding the advice given to them by the midwife, such as giving up cigarettes and alcohol.

This is not to say that younger women takes more risks, but an older mother is more aware that her opportunity for pregnancy is diminishing and may not want to take any chances of developing pregnancy complications.

Older mothers may well give up working altogether while their babies are young, or at least take their full maternity allowance. They will also be willing to spend time with their children after work and weekends, rather than pursuing their own interests. This means that babies have more attention and their language awareness is better.

The study also showed that babies of older mothers were 22% less likely to injure themselves and a third less would be admitted to hospital by the time they were three years old.

Women who are older are on the whole are financially stable, as they have put off starting a family while they work. Obviously without the stresses of raising a family on a low income, family life is much more stable and it is this stability benefits a growing child.

Older mothers may well have more patience with their children and according to the study, there are less conflicts. This could be because a stable, healthy environment is less stressful, or that older mothers are generally more relaxed.

In the 50’s and 60’s life expectancy wasn’t what it is today and therefore being an older mother may have meant that your children would have to look after their elderly parents, or they would die, while they were still young themselves. Nowadays people are living longer, and having children in your 40’s might doesn’t mean that you won’t be around when your own children become parents themselves. Many celebrities have their children when their older. The Daily Mail article has a photo of a radiant Halle Berry, who gave birth to her second child at the age of 47, proving that fertility needn’t be an issue when you hit 40.