Male Infertility: The Most Common Causes

Although many couples get pregnant quickly and easily, this isn’t the case for everyone. About 1 in 6 couples have trouble conceiving and 30-40% of all fertility issues are due to a male factor.
Unfortunately, the reason for male infertility is sometimes difficult to establish. It is often related to problems with sperm quality, quantity or ejaculation issues. However, for 40-50% of the men diagnosed with fertility issues, the cause remains unknown.
Whether you’re trying to conceive or considering donating your sperm, find out the most common infertility causes in men. 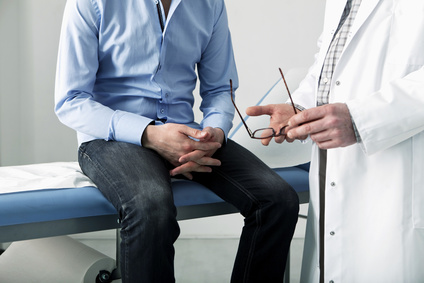 Male infertility is often the result of problems with the quality of sperm, such as azoospermia or oligospermia. A good sperm count, as well as the sperms’ ability to swim, are both necessary so that sperm can successfully reach the eggs and fertilise them.
Some men experience azoospermia. This means their body doesn’t produce any sperm at all or that sperm is produced but cannot be ejaculated because of a blockage or an injury. This condition affects about 5% of infertile men.
Another issue is oligospermia, also called low sperm count. Oligospermia is diagnosed when the concentration of sperm is too low to fertilise an egg.
Sometimes men have a good quantity of sperm but experience issues with sperm morphology or motility.
Poor sperm quantity or motility can be provoked by several factors, for instance, use of drugs, hormone imbalance, injuries or certain conditions.

Some men have a blockage in their ejaculatory ducts, which prevent sperm from being ejaculated, even though semen is being produced by the testes. Ejaculatory duct obstruction (EDO) can be due to an injury, an infection or certain conditions.
Premature ejaculation, in which a man ejaculates before vaginal penetration, may also prevent eggs from being fertilised. Premature ejaculation can be caused by prostate health issues, mental health problems and certain medications.
In some cases, men have a retrograde ejaculation. This occurs when sperm goes into the bladder instead of coming out of the penis.
Other men may experience erectile dysfunction (impotence). A man with this condition is unable to have or maintain an erection during sexual intercourse. As a result, conceiving naturally becomes very difficult or even impossible. In most cases, erectile dysfunction is due to health issues but this can also be caused by psychological issues.

About 15% of adult men develop varicoceles, which are enlarged veins in the scrotum. These varicose veins can affect male fertility, and impact sperm production, quality and motility. Other issues caused by varicoceles include a rise in temperature or shrinkage of the testes.

After a vasectomy, men sometimes develop antibodies that affect their reproductive system. These can, in some cases, reduce sperm motility or even destroy semen.

If you are trying to conceive but have trouble getting pregnant, you should perhaps take a look at the medications you’re using. Certain drugs can impact your reproductive system, including those used to treat conditions such as cancer, high blood pressure, arthritis, depression, infection, amongst others.

Your lifestyle may affect your fertility as well. Stress, smoking tobacco, consuming alcohol (more than two drinks a day), as well as using drugs such as marijuana or other illegal drugs, are all known causes of reduced fertility. Pay attention to what you eat too. Poor nutrition (for instance a diet high in refined carbs) can lead to fertility issues. Being overweight, underweight or obese can also affect your reproductive system. Additionally, wearing tight pants can increase temperature, which in turn, can damage sperm quality.

Other causes of male infertility include hormone imbalances, autoimmune problems, sexually transmitted diseases and other infections.

Couples are diagnosed infertile after having had regular and unprotected sex for over a year without any success (six months if they are over 35). If the couple has trouble conceiving, both partners should seek help and undergo fertility tests, such as a semen analysis or blood tests. These exams will help to highlight the origin of the infertility and, ultimately, make it easier to find the best solution.
The type of treatment proposed by your doctor will depend on the source of the fertility issues.
Minor surgery can be suggested in case of previous vasectomy, varicoceles or blockage in the ejaculatory duct. You might also be recommended fertility treatments to help you to get pregnant such as in vitro fertilisation (IVF), intracytoplasmic sperm injection (ICSI), artificial insemination (IUI) with use of fertility drugs, or sperm retrieval.