If you are considering having a baby via fertility treatments (more specifically, via in vitro fertilisation) the odds of you having twins are much higher than with natural conception. It is estimated that in the UK, one in five/six IVF pregnancies result in multiple births. 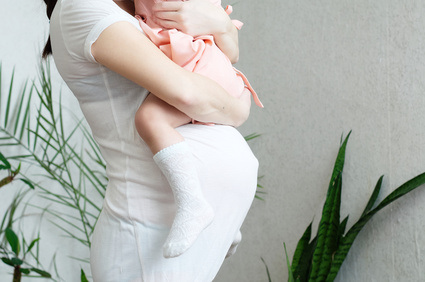 How does IVF work?

In vitro fertilisation is a fertility technique that involves the collection of eggs from the ovaries in order to fertilise them with sperm (donated or not) in a laboratory. The resulting embryos will then grow for a few days, before being transferred into the woman’s womb.
They can be transferred at two different stages of their life. Embryos left to develop for two or three days in the lab are in a ‘cleavage stage’. When they are 5 to 6 days old, they have reached the ‘blastocysts stage’. Therefore, implanting these into the womb is called a ‘blastocyst transfer’.

What are the chances of having twins via IVF?

According to the HFEA, around one in five IVF pregnancies result in multiple births. In comparison, the odds of having twins via natural conception are about 1 in 80.

To understand this high rate, let’s remind ourselves that there are two different kinds of twins: dizygotic (fraternal), which means two babies from two separate eggs, and monozygotic (one zygote), involving identical twins being produced from a single egg.
The odds of having non-identical twins (dizygotic) through IVF depends on the number of embryos being transferred into the woman’s womb. The chances of having twins is higher with 2 or 3 embryos.HFEA recommends that women under 40 should receive no more than two embryos, and that those over 40 should receive a maximum of 3.

Does IVF increase the chances of having identical twins?

Just like fraternal twins (each egg is fertilised by its own sperm cell), the odds of having identical twins are higher through IVF. Monozygotic pregnancy occurs when the fertilized egg, also called the embryo, splits and forms two identical twins. Therefore, it’s possible to have twins with just one embryo being transferred, or triplets with two embryos.

Although scientists can’t explain why yet, the rate is higher following blastocyst transfer (when the embryos are developed in the lab for 5 to 6 days before being transferred).

Are mothers and babies more at risk with multiple pregnancies?

Multiple pregnancies pose a higher risk of premature birth, late miscarriage, stillbirth, child disability and high blood pressure than single pregnancies. Don’t worry too much though, as most mums-to-be give birth to healthy babies.

What is the average length of twin pregnancies?

Women pregnant with twins often deliver early. If you carry twins, you will usually give birth at about 36-37 weeks, which is 4 weeks earlier on average than a single pregnancy (full term is considered to be 40 weeks). Triplets are usually born around 33 weeks. Fortunately, most babies delivered between 32 to 37 weeks are healthy.

What are the solutions to avoid multiple pregnancies?

About 16% of pregnancies are multiple when IVF and ICSI (intra-cytoplasmic sperm injection) are involved. In comparison, this concerns only 1–2% of pregnancies via natural conception.As a result, these fertility techniques have increased the national multiple birth rate. Because multiple pregnancies present a higher risk to the mother and her babies, clinics are now advised to reduce the chances of a woman having twins, triplets etc.

As multiple births are often linked to the number of embryos being implanted via IVF and ICSI, doctors prefer to transfer only one embryo (which is called “elective single embryo transfer” or eSET) when appropriate, in order to minimise any risk.

3 thoughts on “IVF and Multiple Pregnancies”

Leave a Reply to Noel