IVF and Hope for the Future

If you and your partner have been undergoing treatment for infertility, it may be that you have both been recommended for IVF treatment. Here is a short explanation about IVF and what you can expect.

IVF is the process of fertilization outside a woman’s body. Rather than the sperm entering the woman through her cervix and reaching the egg by travelling up through the fallopian tubes; the egg is removed from a woman’s body and is fertilized in the laboratory from fresh or frozen sperm. The egg is then implanted into the womb. 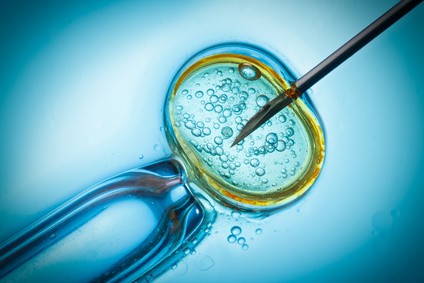 Is treatment available on the NHS?

If your doctor has recommended IVF it is possible to have treatment on the NHS, but there are certain criteria that you and your partner must meet:

The waiting list for NHS funded IVF is long and depending where you live, you may only bee offered one cycle, even if you are between 23 and 39 years old.

The treatment begins with fertility drugs, which stimulate the release of mature eggs and a 12 day course of hormone injections so that you release multiple eggs for a better chance of success. Once the eggs have been released they will retrieved and they are then fertilized with your partner’s fresh sperm, donated or a frozen sample.

Once the egg have been fertilized they checked to make sure they are healthy and then usually one or two embryos are implanted in your womb. By law, no more than three embryos can be implanted. Any embryos that are left can be frozen for future cycles. You will then have to wait two weeks before you do a pregnancy test to find out if the cycle has been successful.

The test means the embryo spends longer in the laboratory before it is placed in the womb, but studies have shown that the technique is proving to be a success, according to an article from the Daily Telegraph in 2012, the rate of success has almost doubled for older mothers.

New Findings and Better Hope for the Future

According to a recent article, scientist now believe that IVF could be more successful if the embryos were implanted into the womb when a woman is most fertile. Clinical tests are being carried out to see whether testing the lining of the womb to pinpoint the optimal two to four days (when strong signals are sent out for an embryo to attach itself to the wall lining), will result in a better percentage of IVF pregnancy rates.

In a pilot study carried out on 85 women, 33% achieved a successful implantation. The method is now being trialed on 2,500 women, from more than ten countries, who have previously suffered two or more implantation failures.

Scientist and doctors alike are hoping that the test is a breakthrough and will lead to more IVF pregnancies in the future and many more happy couples.