Infertility – Should We Be Wary of Eating Fruits and Vegetables?

According to a recent survey carried out on GP’s and male patients, more than thirty percent of doctors said they were concerned about the reduction of male fertility. A quarter of the doctors agreed that male fertility was affected by lifestyle choices and smoking, drinking and stress are all detrimental to sperm health.

However a survey carried out by a fertility centre in Boston, Massachusetts has claimed that pesticides used on fruit and vegetables may also be to blame for low sperm counts. The study asked 155 men to write down their fruit and vegetable consumption for a period of one year, recording how many portions they ate in a day. 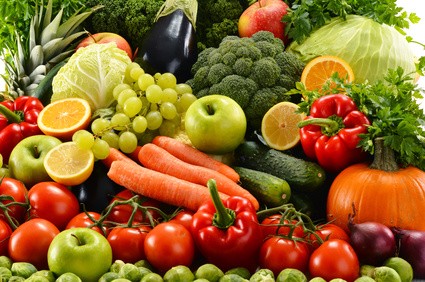 Back in the UK NHS choices has commented on the study, pointing out that the men were already seeking treatment for fertility issues and therefore it was not a comprehensive study of the general population.

Also the questions relating to diet were asked when the men attended the clinic; so they were asked to remember their eating habits over a twelve month period, rather than recording what they ate every day for twelve months. As the NHS rightly point out, remembering everything you have eaten over a year can easily to lead to mistakes. The survey did not ask the men whether they had eaten fruit and vegetables which were organic and therefore would not have contained pesticides.

The NHS has said that the study, which was highlighted in an article in the Daily Telegraph, should be viewed with caution. It is very important that men hoping to conceive have a balanced diet, which should include plenty of fruits and vegetables and some of the men in this study will have had fertility issues which weren’t related to their diet.

While it is agreed that pesticides do have a bearing on sperm health, it is not yet known what quantity of pesticide has an adverse effect. Men who want to lead a healthy lifestyle should choose organic, but if this isn’t possible, fruit and vegetables should be washed and peeled and most definitely not avoided.

There are many reasons a man might be infertile and if you think this is the case then it is a good idea to see your doctor as soon as you can.

How to Keep Sperm Healthy