Celebrities Who Have Used Surrogacy to Extend Their Family

Get inspired by the stars who have used surrogates.

Surrogacy has exploded in popularity over the last decade. Providing an important avenue for couples and single parents who are facing fertility challenges to complete or extend their family. With advances in IVF technology, it also provides an important opportunity for parents to welcome their own biological children.

The good news for prospective parents is that surrogacy has a high success rate, with most surrogates having previously carried to children before. Parents can also expect to be highly involved with every stage of the pregnancy, often forming a strong bond with their surrogate and forging lifelong relationships. To protect all parties in the process, both surrogate and parents enter into a contract that outlines the rights and responsibilities of everyone involved. Part of the recent boom in surrogacy rates may be linked to the celebrities who have raised the profile of surrogacy in the public eye. These are just some of the celebrities who have turned to surrogates over the last few years. 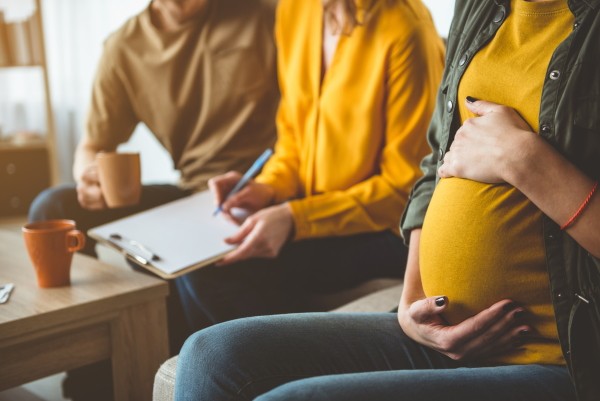 Supermodel Tyra Banks suffered through infertility and failed IVF treatment before turning to surrogacy. Banks announced the birth of her baby boy, London, with then-boyfriend Erik Asla in January 2016 via surrogate. She announced his birth on her Instagram account, saying, “As we thank the angel of a woman that carried our miracle baby boy for us, we pray for everyone who struggles to reach this joyous milestone.” Although Banks and Asla later split, they are still doting parents to their beautiful little boy.

Comedy actress Elizabeth Banks always wanted to be a mom but found out that she was unable to carry a baby to term due to fertility issues. Along with her husband, Max Handelman, she now has two boys, Magnus and Felix via gestational surrogacy. In a 2019 interview, Banks confessed she still “feels judged” for using a surrogate but hoped her experience would inspire others, saying, “if my story helps people feel less alone on their journey, then I’m grateful for that.”

Charlie’s Angel Lucy Liu has always been pretty private about her personal life. So, it was a happy surprise when she announced the birth of her son, Rockwell, via gestational surrogate back in 2015. She has since spoken about the journey to welcome her son as a single mother via surrogacy, saying, “I think it’s really important that people also embrace that it’s not about those details, it’s about how you carry on from the point of having your child and loving your family.”

Sarah Jessica Parker is best known to audiences as the always-stylish Carrie from Sex in the City and for her work as a shoe designer. In real life, she suffered heartache after struggling to expand her family with her husband, Matthew Broderick. After conceiving their first child naturally, they choose to expand their family via surrogate, welcoming not one but two new additions in 2009. Parker described the arrival of twins, Marion and Tabitha, as a blessing, saying, “One really would have been thrilling and we would’ve felt incredibly lucky. And two was a comedy.”

Nicole Kidman and husband, Keith Urban, welcomed their first daughter, Sunday Rose, via a natural birth in 2008. So, it was a surprise to friends and fans in 2010 when they announced the arrival of their second daughter, Faith, via surrogate. The happy family kept the birth a secret to protect their privacy through the pregnancy but later spoke of their gratitude for their surrogate. The couple released a statement, saying, “No words can adequately convey the incredible gratitude that we feel for everyone who was so supportive throughout this process, in particular our gestational carrier.”

Neil Patrick Harris and his husband, David Burtka, used a surrogate to welcome their fraternal twins, Harper and Gideon, in October 2010. The couple used sperm to fertilize two donor eggs from the same donor but chose not to find out which child was biologically their own. Harris has since spoken about his lack of interest in discovering which child shares his genes, saying, “I have no interest in finding out. We are their parents and I love them both implicitly.”

Latin icon Ricky Martin always knew he wanted to be a dad. He decided to start his family journey as a single father through a surrogate and was thrilled to welcome twins, Matteo and Valentino, in 2008. He has since married and has recently welcomed his fourth child via surrogate. He has always been incredibly open about his gratitude to his surrogate, saying, “I saw the picture and I said: Who is this woman so angelic, so transparent. I would give my life for the woman who helped me bring my sons into this world.”

Ellen Pompeo is an actress most famous for her role as surgical intern Meredith Grey on Grey’s Anatomy. After giving birth in 2005, she welcomed her second child via surrogacy, only revealing the birth two months after Sienna May Ivery had arrived in October 2014. Since extending her family, Pompeo has been a fierce advocate for surrogacy, saying of her surrogate, “I am forever grateful and feel very blessed and grateful to her.”

The woman who once broke the internet chose to use a surrogate for her third and fourth children after suffering from a dangerous condition, placenta accreta during her previous pregnancies with children North and Saint West. This is where the placenta does not expel from the body after pregnancy and can lead to serious complications, including hemorrhage. Along with her husband, Kanye West, she has welcomed children, Chicago and Psalm, via surrogate. She has since said, “I would recommend surrogacy for anybody.”

Are you considering expanding your family via surrogacy? Or perhaps you are searching for a sperm donor to help you overcome fertility challenges? Visit the forum at coparents.co.uk to connect with likeminded co-parents and sperm donors from across the UK and around the world.

Leave a Reply to Looking for surrogate