Can I Drink Alcohol Whilst Trying to Conceive?

You’ve certainly heard warnings about drinking alcoholic beverages during pregnancy. You’re probably aware that alcohol can permanently damage the fetus’s development. However, what you might not know is that you should also avoid alcohol after stopping your birth control with the intent of becoming pregnant. Here are a few things you should know before you start trying to conceive.

The risk with continuing to consume alcohol while trying to conceive is that you may become pregnant without realising that it’s even happened. In fact, most women only discover that they’re expecting a baby once they are already 4 to 6 weeks along. Therefore, it’s often the case that future mothers continue to drink during this period, unknowingly running the risk of exposing their unborn child to alcohol. 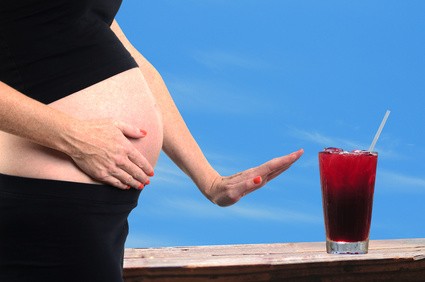 Indeed, fetal development is fast during the first few weeks of a pregnancy. Drinking alcohol can significantly affect the baby’s development during these important early stages. It can also increase the risk of miscarriage and stillbirth.
Therefore, if you decide to try to get pregnant and become a mum, you should refrain from drinking alcohol from the moment you stop taking your birth control, whatever the methods of contraception you’re using (for instance the pill, IUD, IUS, diaphragm, contraceptive implant or patch).
If you find that you have been drinking during the first weeks of your pregnancy without realising that you had a baby growing inside you, the best thing to do is to stop immediately. You should inform your doctor about your consumption of alcohol. Be honest, there is no need to hide it from them!

When you are pregnant you have to be extra careful about what you eat and drink, as it’s possible that anything you digest may end up being used to feed the fetus. The alcohol you ingest crosses the placenta and enters your baby’s bloodstream. Drinking during pregnancy can cause fetal alcohol syndrome, a group of disorders that can affect the fetus’s development and, in particular, provoke neural, physical and behavioural troubles.
The many disorders associated with fetal alcohol syndrome include learning problems, abnormal appearance, low body weight, small head and small eyes, poor co-ordination, weak immune system and epilepsy, amongst others. Fetal alcohol syndrome cannot be cured and can affect a child throughout their lifetime. Moreover, effects are often only detected a long time after birth, for instance, when the child starts school.

No known safe amount of alcohol

Beers, wines, cocktails, as well as any other kind of alcohol, are all unsafe to drink during pregnancy or when you are trying to conceive. All alcoholic beverages can seriously affect your baby’s development and cause fetal alcohol disorders. In fact, there is no known safe level of alcohol that can be consumed during pregnancy, so you should abstain from it completely, even the smallest amount.

If you really find it hard to stop drinking alcohol whilst trying to conceive, some experts say that women can have one or two glasses during the first half of the cycle, before ovulation. However, you shouldn’t drink at all during the second half of your cycle, after you’ve ovulated, as this is the moment when you could get pregnant. To make sure that you don’t take any unnecessary risks, it’s best that you discuss with your doctor.
By the way, after stopping birth control  (for example the pill) your cycle of periods might be irregular at the beginning. It can take three months or more for the natural cycle to return to normal. So, to avoid any accident, it’ important to be extra cautious if you choose to drink a little during this time.
Whether you baulk at the idea of celebrating your sister’s birthday with a glass of orange juice or you simply want to enjoy a nice drink with your friends after a hard day at work, you have a variety of nonalcoholic beverages at your disposal that are just as delicious as a fresh Mojito. Give virgin strawberry daiquiri a try!