Artificial insemination and in vitro fertilisation – What are the differences? 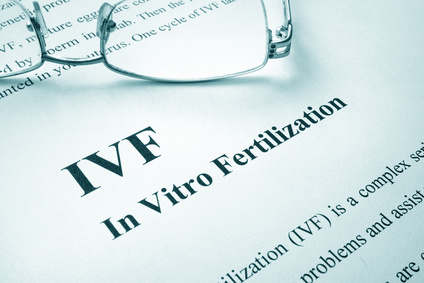 What is artificial insemination?

Women who can’t become pregnant naturally due to infertility or because they are single or in a same-sex relationship, can try to have a baby via artificial insemination (also called Intra Uterine Insemination or IUI). This fertility treatment involves the injection of semen into the woman’s uterus without the need for sexual intercourse. As this procedure is performed during ovulation, it’s important to track the woman’s cycle and stimulate her ovulation via the use of specific drugs.
Fresh or frozen sperm may be used for the process, either from the woman’s partner or a sperm donor selected online or in a sperm bank.
There are several ways to perform the insemination. Recipients may do so themselves at home using an insemination kit or in a fertility clinic under the care of professionals.

Should I try artificial insemination in order to become pregnant?

This procedure may be suggested to couples whose male partner has a low sperm count or who are encountering other issues that prevent them from becoming pregnant naturally. It’s also a solution for those using a sperm donor to become pregnant. This technique may be used, for instance, by lesbian couples or single women who want to start a family of their own with donor sperm.

What is in vitro fertilisation?

In vitro fertilisation (IVF) is another fertility technique recommended to infertile couples or individuals. This treatment is also for those who need an egg donor or sperm donor to become pregnant, whether they are couples with fertility issues, same-sex couples or single women.
Just as with artificial insemination, IVF can be performed using the recipient’s eggs and her partner’s sperm, or using donated eggs and/or sperm.
Unlike artificial insemination, the fertilisation takes place outside the woman’s body, in a laboratory. The woman’s eggs are retrieved through a quick surgical procedure, unless donor eggs are used. After being left to grow for a few days, the obtained embryos are transferred into the woman’s womb.
The remaining embryos that are not being transplanted will be frozen and kept for future use, another cycle or donation.

Is IVF for me?

You have tried several cycles of artificial insemination but you are still not pregnant? Your GP might suggest IVF instead. Additionally, this technique is best for those who require donated eggs.
Same-sex couples who wish both partners to be fully involved in the pregnancy might also be interested by IVF. The idea is to remove the eggs of one partner, fertilise them with sperm in a lab and then transfer the embryos into the womb of the other partner. It’s important to note that the child will share their DNA with the person providing their eggs and not the person carrying the baby.
According to the guidelines provided by the The National Institute for Health and Care Excellence (NICE), access to IVF is offered to women under 43 who have been trying to have a baby naturally for two years, or following twelve failed cycles of IUI.

What are the differences between artificial insemination and in vitro fertilisation?

IVF is sometimes the solution when several cycles of artificial insemination have proved unsuccessful. In vitro fertilisation is also suggested when donated eggs are required.

For both techniques, costs vary according to fertility clinics. They also depend on several factors such as the fertility issues involved, the drugs required, number of cycles needed, etc. The price is higher for those who need donor eggs and/or sperm.Artificial insemination is less expensive than IVF, as it’s a simpler procedure. If you choose to go to a private fertility clinic (for instance, because you are not eligible for NHS help or, simply by preference) you can expect to spend around £800 to £1,300 for each cycle. A potential way to reduce costs is to choose a known donor and perform an at-home insemination. As for IVF, depending on your personal situation and the clinic, you may have to pay up to £5,000 for each cycle of treatment.

Success rate depends on several factors, such as the age of the woman and her partner, the fertility of both partners (for instance the quality of sperm), and their lifestyle. Moreover, the odds of becoming pregnant decrease with age.
According to the HFEA, IVF has a higher success rate than artificial insemination. This is explained by the fact that IVF is a more controlled procedure, involving fertilisation in a laboratory and selection of the embryos. IUI is more natural and involves fewer drugs. Its success rates represent, on average, only a third of those of IVF. The statistics of the NHS show that 32.2% women under the age of 35 will successfully give birth via IVF, 27.7% for those aged between 35 and 37, and 13.6% at 40-42.

One thought on “Artificial insemination and in vitro fertilisation – What are the differences?”