4 Creative Ways to Use Donor Sperm

There are countless people in need of assistance and finding a way to conceive. An alternative for those with a low sperm count or mild male factor infertility is donor sperm. There are also many creative ways to use donor sperm for single women, lesbian couples, and infertile couples. Donor sperm banks can help you find a match. 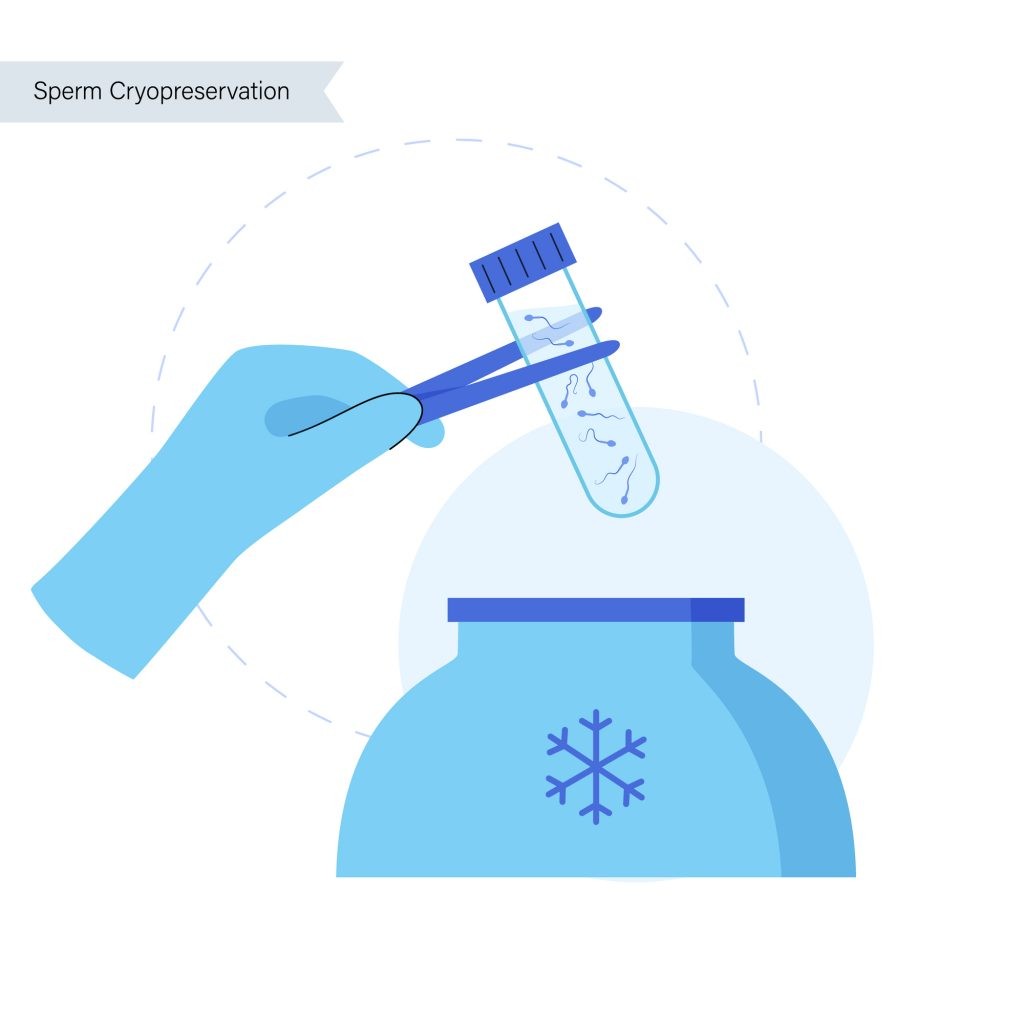 Artificial insemination is a common creative method for using donor sperm. In this method, the woman’s egg is fertilized with donor sperm outside of the body, and then it is placed into her uterus. The sperm is injected into the woman’s cervix. This method is a good option for women who want to have a baby without physical contact with the donor. This process takes about three to four months, from beginning to end. Also, Artificial insemination is a good option if the woman wants to choose the donor’s characteristics, such as height, hair or eye colour, etc.

In this method, the sperm of a donor is frozen and then thawed before use. This procedure takes about two weeks. The doctor places the frozen sperm into the woman’s uterus with a small instrument called a catheter. This method is very effective in women who have blocked or damaged fallopian tubes. The frozen sperm can be used for up to five years. Also, the frozen donor sperm method is a good option when the donor’s sperm is needed urgently. This method is also recommended for women who have had their ovaries removed, for example, because of the risk of ovarian cancer. The frozen sperm method is also recommended for women who have undergone chemotherapy or radiation therapy for cancer. It is not recommended to use donor sperm if the woman has an active sexually transmitted disease.

By using egg donation, a patient’s egg is fertilized by sperm and implanted into her uterus. She will bear the fetus. In-vitro fertilization (IVF) treatments have made substantial use of donor eggs.

Despite being difficult, egg donation with IVF therapy has shown to be an effective solution for infertile couples. The egg recipient, the intended mother in the egg donation procedure for IVF, receives hormone treatment.

Multiple eggs develop in the donor’s ovaries as a result of gonadotropin stimulation. A technique termed oocyte retrieval will extract the mature egg from the donor’s ovaries. Following this, the eggs are inseminated with sperm, after which they develop into embryos. Most patients can obtain a positive pregnancy test with egg donation IVF as early as 11 days after embryo implantation.

Co-parenting is a relatively new concept in which a couple who desires to have children cannot conceive through any other means they may choose. The woman will then carry the child to term and give birth to a baby, who the intended parents will adopt. The man and woman who want to have a child may choose this option if one of them cannot conceive. The woman will carry the child, and after it is born, she will sign the child over to the man and woman. The couple will then adopt it at that point, and they may have a relationship with the baby. However, this is not a situation that is identical to when two people choose to have a child through conventional means. From the moment of conception, two parents are involved with the child. When the child is born, it will have two parents, and it may be raised in a home where there are both a man and a woman. However, it is not truly the same as when two people choose to have a child. They will have to go to great lengths to ensure that the child is taught how to act, and it may be awkward. However, there are no laws that will prevent this type of situation from happening.

IVF with ICSI and TESE/TESA This is an extremely creative idea for those seeking a child through In Vitro Fertilization but may have decided that they want to use their own sperm. This is done through a procedure called ICSI (Intracytoplasmic Sperm Injection) or TESE/TESA (Testicular Sperm Extraction and Injection). These procedures are used by those who have male infertility. ICSI and TESE/TESA are sometimes used as a last resort when the sperm count is extremely low. This procedure is an alternative to donor sperm. There can be many reasons as to why a man’s sperm count is lower than normal. This could include genetic disorders, testicular disease or injury, surgery, cancer treatments, or other diseases. The sperm is retrieved in a similar fashion that stimulated eggs are retrieved. It is usually done under local anaesthesia or mild sedation. The sperm is then checked to see if it contains the correct chromosomes. If not, the sperm is injected into the egg and fertilized in the laboratory. Testicular sperm extraction ( TESE) is a surgical procedure used to retrieve sperm from the testicles (in men with low sperm count or poor sperm quality). Women experiencing problems getting pregnant may also want to consider looking into TESE or another sperm retrieval procedure.

There are many reasons why people choose to use donor sperm for their fertility treatments. It could be that a woman’s partner is infertile, the couple doesn’t want to know the gender of the baby in advance, or even that they’re from different races or religions and want to have a child with someone outside of these limitations. Whatever your reason for using donor sperm, it can be difficult to decide, but at least you could see the various options available for you.